Qantas will make aviation history with the first non-stop flight between Australia and the UK.

When Qantas first flew from Australia to London in 1935, it took a gruelling 12 days, 31 stops and included a sandwich if you were lucky. Later this month, the flying kangaroo is likely to complete the trip in 17 hours – without a single stopover.

The history-making flight between Perth and London on March 24 marks a new era in commercial aviation on the Boeing 787 Dreamliner.

Although it’s a new milestone for Australia’s national flag carrier, it won’t be the longest non-stop flight in the world. That title belongs to Qatar Airways, which flies 14,529 km, a mere 31 km further, between Doha and Auckland in just over 17 hours.

In the pipeline for years, the new Qantas route has been made possible due to the fuel efficiency of the 787 Dreamliner, which boasts a range of up to 15,750 km and carries 236 passengers.

Flight QF9 will, technically, originate in Melbourne, giving Melbourne passengers, a Dreamliner ride all the way to London.

The Melbourne to Perth domestic leg will depart at 4.20pm (daylight saving time) and arrive in Perth at 5.20pm. It will depart for London at 6.50pm and arrive at Heathrow at 5.10am the next day.

Passengers flying from London to Melbourne on QF10, via Perth, will reach their destination an hour earlier than on the old route via Dubai, thanks to a dedicated international transit lounge at Perth airport.

QF10 will leave Heathrow at 1.30pm and arrive in Perth at 1.15pm the next day. An hour later it will continue to Melbourne.

Qantas has also been working with the University of Sydney’s Charles Perkins Centre to create jetlag-busting meals for the marathon flight.

The new menu will include probiotic shots and kombucha drinks (for digestion), bespoke teas (relaxation), a hot chocolate bedtime drink (sleep-inducing) and plenty of grains and leafy green vegetables across all the dishes (for hydration).

A group of frequent flyers will also be given wearable technology and apps to collect data on sleeping and activity patterns, mental state, eating patterns and hydration before, during and after the flight.

The insights will help shape how Qantas tackles jetlag on many long haul flights over the next decade, with the airline already considering non-stop flights from Australia’s eastern seaboard (Sydney, Melbourne and Brisbane) to New York and London by 2022.

Whether that’s achievable will depend on whether Airbus or Boeing can deliver a plane capable of flying those massive distances. 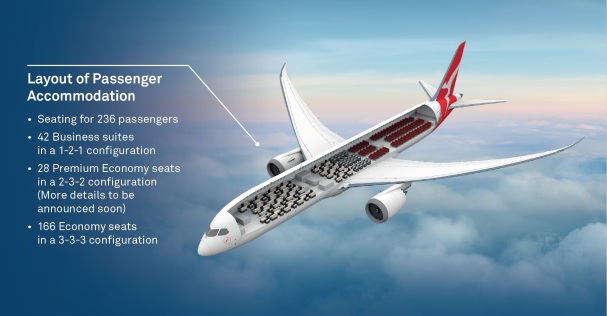 You Might Have Seen Our Work In These Publications: 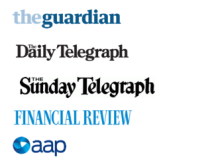