St Mary’s Cathedral is the centrepiece of Sydney’s Christmas festivities, with a stunning sound and light display heralding the season of peace, joy and goodwill. 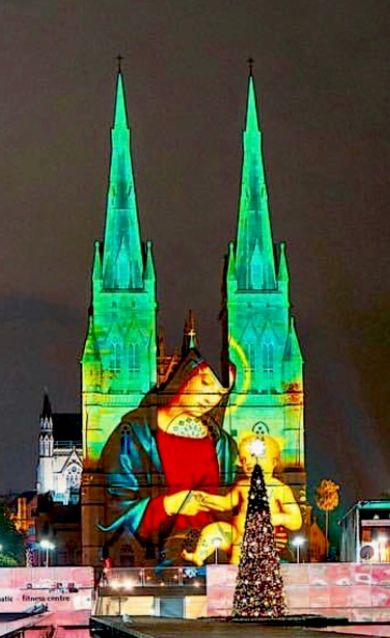 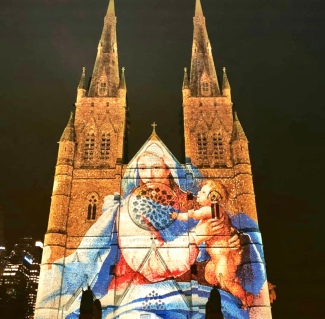 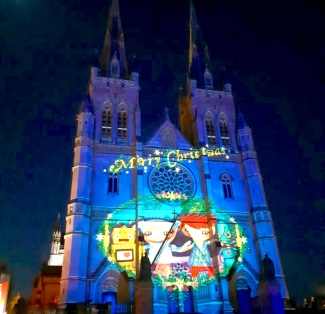 Sydney’s St Mary’s Cathedral is reveling in the magic of Christmas again this year as its annual light and sound show captivates audiences in the heart of the CBD.

The Catholic Cathedral’s 75 metre-high facade will be illuminated with a series of spiritual and festive images in the run up to Christmas, accompanied by a custom-made soundtrack.

Known as The Lights of Christmas, the show kicks off at 7.30pm each night with choralists singing Christmas carols on the Cathedral steps. 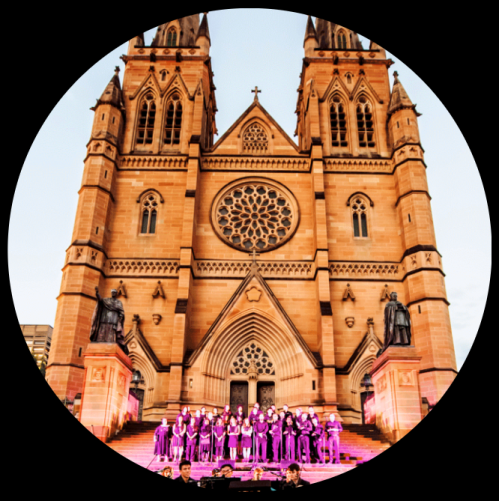 From 8.30pm until midnight, the grand facade of the Cathedral – located across from Hyde Park in the shadows of Sydney Tower – springs to life with a series of dazzling images. 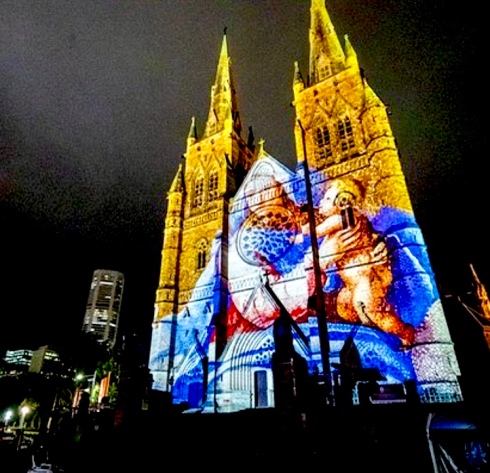 The show has three segments: a festive kaleidoscopic of light and colour; a story written and narrated by actor and writer Simon Pryce (the Red Wiggle); and a collection of artworks featuring the Madonna and Child (pictured). 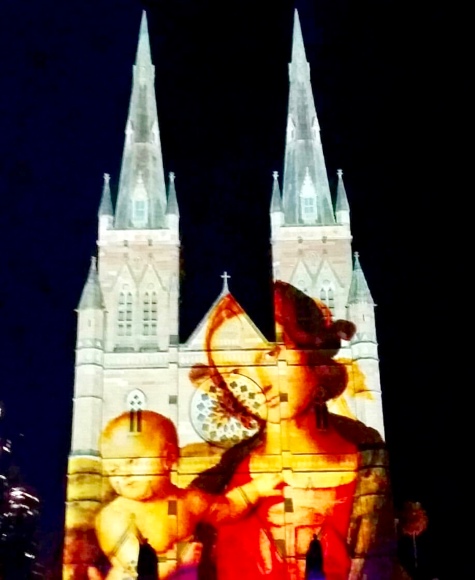 The Lights of Christmas has become such a crowd-pleaser with locals and visitors alike that it is quickly earning a reputation that rivals Sydney’s other light spectacular Vivid, held in winter. You can see a clip of the festive light show here. 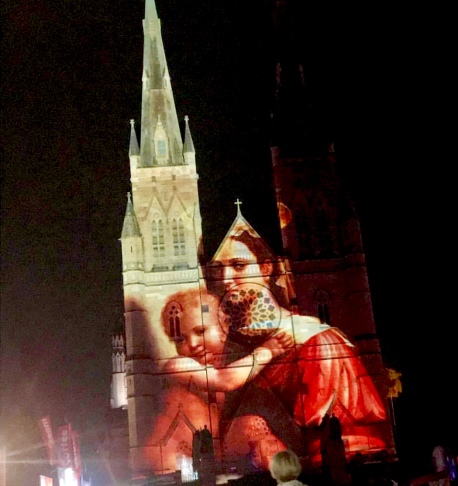 The Christmas spectacular runs until midnight each evening, ending on Christmas Eve, December 24. 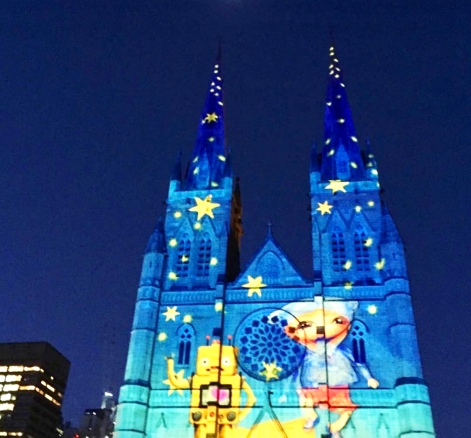 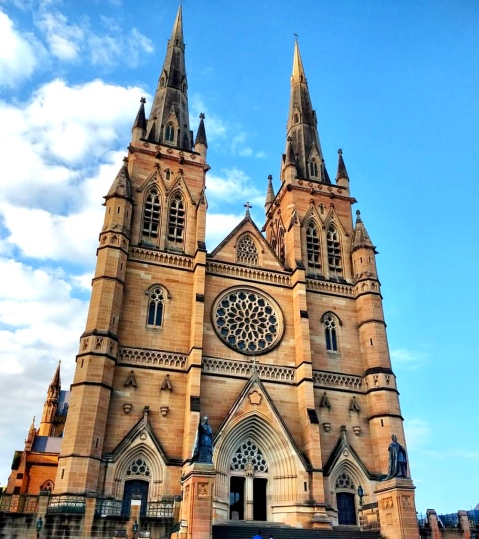