The devastating fire at Notre Dame Cathedral, which attracts around 36,000 people every day, will significantly disrupt tourism in Paris.

It’s the most visited landmark in Paris, attracting an estimated 13 million people every year. In fact, twice the number of people visit the iconic Cathédrale Notre-Dame than the city’s other big attractions, The Louvre and the Eiffel Tower.

But a catastrophic fire at the Gothic Roman Catholic Cathedral, known simply as Notre Dame, threatens to seriously disrupt tourism in the French capital for some time to come.

The central spire, roof and much of the interior were obliterated as fire spread through a building that has stood at the heart of Paris, on the River Seine, for more than 855 years.

However, firefighters were confident the structure, which was undergoing a US$150 million restoration at the time of the fire, will be saved from total destruction.

Former Australian prime minister Malcolm Turnbull has even suggested Australia should set up a fund to help rebuild the masterpiece.

With the grand Cathedral, a treasure of French Gothic architecture, likely to be closed for up to six years, the city faces an epic battle to rebuild the world-famous landmark.

That will have serious consequences for tourism in the city, with Notre Dame attracting an average 36,000 visitors daily, the majority from the United States and the United Kingdom.

The French government was already working hard to boost tourism in the French capital after a series of terror-related incidents spooked international visitors over recent years.

Up to €42 million had been earmarked for tourism campaigns to lure people back.

But so severe was the damage that some experts suggest the economic impact could be felt for generations to come.

I was fortunate enough to see Notre Dame at her best when I visited in August 2003.

I remember it clearly because it was the same weekend that a deadly heatwave killed thousands in France. I spent quite some time inside the Cathedral that day because it was a cool sanctuary away from the searing heat.

Like many others, I wandered around the cathedral, absorbing the serenity and admiring its intricate stone gargoyles, spires, stained glass and flying buttresses.

Inside, the long nave with its solid foliate capitals and high altar were magnificent.

Although there’s been untold damage to the structure and the stained glass windows, many of the statues, artefacts and precious works of art inside the Cathedral have reportedly been salvaged, according to reports.

Among its most eye-catching features is the famous South Rose window (above), offered by King St. Louis, created in 1260. 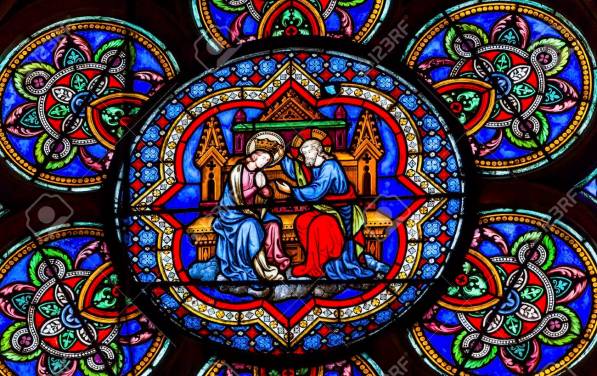 The cathedral’s website boasts that its three rose windows “constitute one of the great masterpieces of Christianity.” 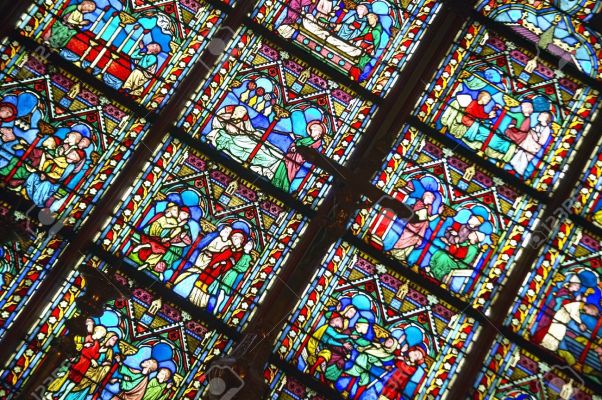 There are also paintings inside the cathedral, like the 1648 portrait of St. Thomas Aquinas at the fountain of wisdom, and the divine “Visitation” from 1716. The art works, according to a Notre Dame priest, had been removed.

There are numerous statues, too. In the sanctuary, there’s a statue of Madonna and Child – one of 37 representations of the Virgin Mary in the Cathedral – that dates back to the 14th century. It was moved to the cathedral in 1818.

At the Mausoleum of Claude-Henry d’Harcourt, the lieutenant-general of the king’s armies who died at age 65 is captured eternally in a white marble sculpture from 1776.

Some 200,000 bees in three hives on the roof of the Cathedral are also thought to have survived the inferno.