Despite concerns about the deadly coronavirus outbreak, most travel insurance policies won’t cover you if you simply change your mind about travelling.

So you’ve booked flights and paid thousands of dollars for accommodation and side trips, but now you want to cancel your overseas trip amid concerns about the deadly coronavirus, officially known as COVID-19.

While many jetsetters would rightly be cautious about travelling given the rapid spread of the mysterious illness, the reality is most travel insurance policies simply won’t cover you if you change your mind due to fear.

That’s because travel insurance is intended to only cover what HAS happened to you, not what MIGHT happen to you.

So if you had a holiday planned to Vietnam, for instance, and wanted to cancel because you were concerned about the risk of being exposed to coronavirus, your cancellation costs wouldn’t be covered.

Anyone travelling to a country or region against government advice – like China or Iran – also risks invalidating their travel insurance.

In short, travel insurers will not provide cover for any event that hit the headlines before your policy commenced, and especially after a ‘do not travel’ warning has been issued.

The one exception could be ‘Cancel-For-Any-Reason’ (CFAR) travel insurance – a product that’s common in the US but fairly new in Australia and offered by Cover-More through various providers, including Flight Centre.

Cancel For Any Reason is a slightly more expensive add-on that allows travellers to cancel pre-arranged travel up to 48-hours before departure for any reason – including concerns over coronavirus – and claim back up to 75 per cent of out of pocket expenses.

You Have Travel Insurance … 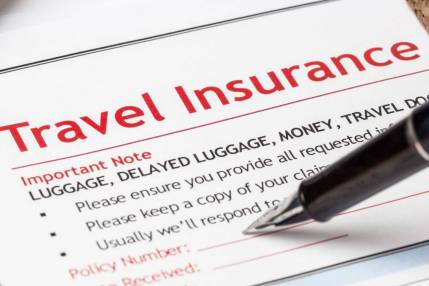 … But Are You Really Covered?

Although the World Health Organisation (WHO) officially declared a global emergency on January 30, many insurers cut off claims resulting from coronavirus from around January 20 for travel to China and from January 31 for travel worldwide.

Each insurer actually has its own nominated date for when coverage is valid, so it’s best to check with your provider whether cancellation and medical claims will be covered.

Benefits are likely to be paid up to certain limits on valid policies bought before the cutoff date.

For travel to China, Budget Direct cites January 20 as the date the virus become a known event, while Qantas Travel Insurance won’t cover any event related to coronavirus on policies bought after 6am on January 23.

For NIB, which owns the Travel Insurance Direct and World Nomads brands, the cut off is after 5pm on January 23 for China.

Australians were also told not to travel to Iran, which has recorded the highest death rate from coronavirus outside of China.

Benefits are likely to be paid up to a certain limit (generally up to 75 per cent of out of pocket expenses) on policies where the right cover was bought, and as long as it was purchased before the insurer’s nominated cutoff date. Those benefits typically include:

What About Airline and Hotel Refunds?

Airlines are reeling from a sharp drop in bookings as many countries shut their borders to foreign nationals.

Many airlines have altered routes, mothballed aircraft and even told employees to take leave for up to six months.

Some airlines have ceased flying entirely for an unspecified time, and have sought financial assistance from their home governments to ensure their survival.

If you’ve already booked your flights, the best advice is to contact your airline directly to see whether you can still fly as planned, or whether you can get a refund or rebook.

By mid February, at least 50 airlines including Qantas, Air New Zealand, British Airways, Virgin Atlantic, American Airlines, Delta, United, Air Canada and Cathay Pacific had suspended some or all of their flights to and from mainland China, where the outbreak originated.

Because the virus is infectious and may be able to live on surfaces like metal, glass or plastic for up to nine days, some airlines – including Cathay and Korean Airlines – took steps to limit the spread of the disease on flights.

They suspended the use of hot towels, blankets, pillows and magazines, along with duty free sales and even meals.

The good news is many airlines are offering full refunds to affected travellers, as well as rebooking flights and changing travel destinations.

But there is no legal obligation for airlines to provide refunds, so it’s best you get in touch with your carrier directly.

Australian travellers who bought their airline ticket using a credit card might also be able to lodge a dispute for cancelled or unfulfilled services.

Similarly, when it comes to refunds on accommodation, you might have a right to a credit card chargeback if the accommodation provider hasn’t provided the service.

This applies if you paid by credit or using a Visa or MasterCard debit card.

Grim Milestone: As It Happened

These statistics are updated at regular intervals. Last updated June 27, 2020.

The pandemic began in China (Wuhan province), where 83,656 people were reportedly infected, resulting in at least 4,634 deaths.

It spread rapidly to 213 countries and territories, sparking wider precautionary measures as the death toll eclipsed that of SARS two decades ago.

Worldwide, deaths from the virus stood at 544,810 (July 9), with more than 11.9 million people around the world infected.

Although the deadly virus started in China, and soon ravaged Italy, Iran and Spain, the United States surpassed each of them with the highest reported coronavirus death toll of more than 133,765 in early July.

A staggering 3.08 million confirmed cases have been reported in the US.

The WHO has been issuing daily updates about the spread of COVID-19 and the status of cases.