A 2.4 hectare site on the shores of Sydney Harbour – where coal was shovelled for more than 70 years – has been returned to the people as a community park and sustainability centre. 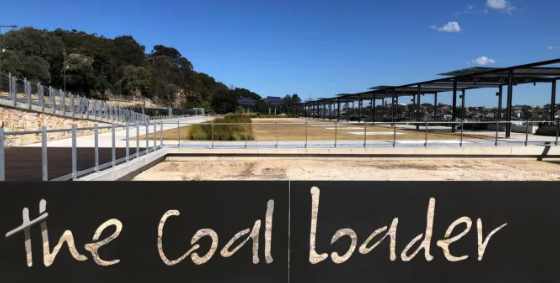 You could say it’s Sydney’s answer to New York’s High Line: 2.4 hectares of prime harbour front land once used for industry that is now a thriving community garden, elevated walkway and sustainability centre.

Known as The Coal Loader, the site operated as a coal transfer depot from the 1920s until 1992, when it was transferred to North Sydney Council for management as public land.

Located alongside Balls Head Reserve, the largest area of bushland in North Sydney, the Coal Loader Centre for Sustainability is now a green roof and public open space that incorporates sustainable design and technologies.

Portions of the original Coal Loader remain in tact, along with a series of tunnels, chutes and coal skips. The historic finger wharf, now in a dilapidated and run down state, dates back to 1917.

You’ll also find incredible Aboriginal rock carvings by former inhabitants of the area, the Cammeraygal people, that are now protected and celebrated as part of the Coal Loader’s rebirth.

Sadly, many other ancient carvings are believed to have been lost when the site was industrialised and developed beginning in the 1920s. 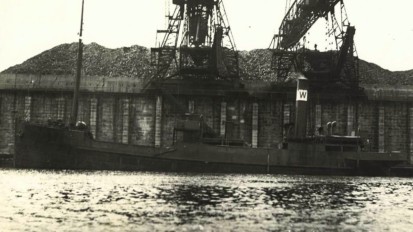 Coal Loader in its working days 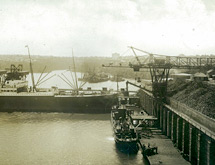 The Coal Loader was a controversial development from the early 1900s as highlighted by the 1916 protest poem The Sacrifice of Balls Head written by bush poet Henry Lawson.

Despite opposition, the depot was built in the 1920s and continued operating for 70 years until 1992.

The Coal Loader was used mainly to transfer coal off bulk carriers from Newcastle and Wollongong onto to smaller coal-fired vessels. Some coal was also distributed to the local market by road transport. 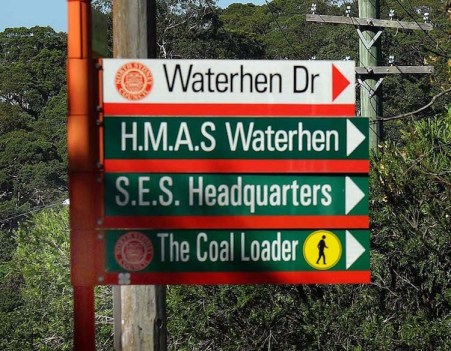 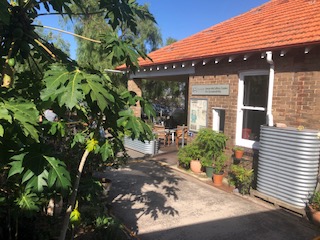 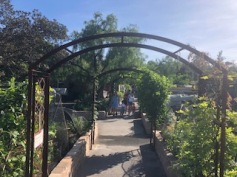 The Genia McCaffery Centre – the historic cottage at the entrance (above) – is where you will find the organic communal garden and the cafe.

The cottage was retro-fitted with numerous sustainability features including stormwater tanks, energy and water-saving technology, solar power and recycled materials.

Out the back at the Coal Loader Cottage Community Garden, local residents have been growing organic vegetables since 2007.

They grow food in the ground, in containers, up walls and in water gardens.

The Platform and Community Garden

The elevated Coal Loader Platform, a concrete and sandstone platform structure that once housed a large coal stockpile, opened in March 2018 as public open space.

The platform (above) is one hectare in size – equivalent to seven Olympic-sized swimming pools side by side – and is a multi-purpose space with spectacular views west of the Sydney Harbour Bridge.

There are all sorts of vegetables and herbs growing here, including lettuce, tomatoes, lemongrass, rosemary and thyme.

Many of the raised garden beds are actually leased to locally residents, many of whom live in apartment blocks without gardens.

MV Baragoola chugging its way to Manly in the 1980s

This is now home to the 500 tonne MV Baragoola – one of the great old Manly ferries that was retired in 1985 – as well as the 72 metre-long MV Cape Don – a former lighthouse support ship that made its last trip in 1990.

Both vessels have seen better days, but work is under way to preserve their ageing structures.

Baragoola, one of only two remaining ferries out of more than 250 built in Sydney  Harbour, ferried passengers between Manly and Circular Quay for close to six decades.

Head down the stairs (or take the lift) for a modern reminder of the coal activities that occurred here.

You can actually explore one of the 160 metre tunnels from the historic coal loading system and see the original coal feeder and cart still in place.

Two other tunnels are currently closed to the public, with one home to threatened micro-bats that roost in the alcoves in the ceiling. 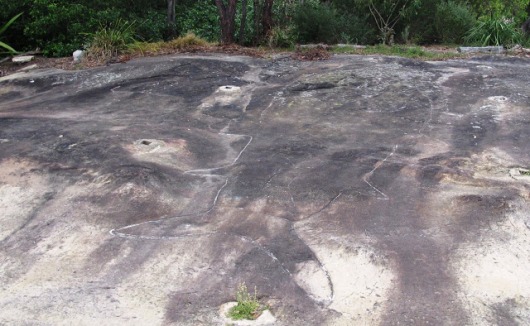 During excavation work at the Coal Loader several years ago, several Aboriginal rock engravings were uncovered, including this carving of a marine animal, believed to be a whale.

There have been conflicting interpretations of the carving over the years.

Sadly the character of these rock carvings has been tarnished by decades of development, including the white fence around them, but they are still accessible and worth visiting.

Many ancient carvings were either lost during the original construction of the Coal Loader in the 1920s, or were covered in the continuing industrialisation of the site.

The Coal Loader is at 2 Balls Head Drive, Waverton, on the right hand side before Balls Head Reserve.

Catch the train from Town Hall or Wynyard stations to Waverton. It’s about a 12-minute trip. Then it’s an easy six minute stroll down the street, past Waverton village shops, to the Coal Loader.

There’s limited car parking in nearby streets such as Balls Head Drive and Waterhen Drive, as well as in marked bays inside the Balls Head Reserve.