If you’re tempted by street food when travelling but put off by hygiene concerns, then head to Bến Thành Street Food Market in Ho Chi Minh City where there’s a table with your name on it.

Opened in 2015 with tourists in mind, this commercial take on Asian street food is strictly regulated and monitored.

At Thủ Khoa Huân Street in the commercial heart of old Saigon, just a few hundred metres from the iconic Bến Thành Market, street food has come in off the street.

On any given night, you’ll find locals mixing with backpackers and other wide-eyed wanderers, drinking beer from plastic glasses and chomping bao buns or bánh mi from semi-permanent stalls.

Here, looks and tastes really do collide. As well as the tight-knit maze of stalls serving up street food favourites like phở (Vietnam), pad ka-prao (Thailand) and kimbap and tokbokki (Korea), the selfie-taking tourist in you will love the giant graffiti-style mural out the back (pictured above).

From the picnic-style benches to the hipster bathrooms (where they have barrels for sinks) and a retractable sun roof, this is a step up from haggling on the sidewalk.

The tourist-friendly food court was actually created at a time when authorities in Vietnam were trying to clean up the footpaths, driving thousands of street food vendors in the popular tourist neighbourhood into the shadows.

In Ho Chi Minh City as well as the capital Hanoi, officials led “sidewalk reclamation” campaigns that fuelled debate about how to regulate the industry.

There’s a real risk Vietnam, where food is the fabric of society, will end up with a sanitised food scene.

Tightly-controlled markets like Bến Thành Street Food Market – where vendors pay a licence and comply with strict health and safety requirements – were seen as the solution.

While modern street food markets are popular and work well in other parts of the world, there’s a real risk Vietnam, where street food is the fabric of society, will end up with a sanitised food scene, not unlike Singapore.

Singapore began moving its street vendors into regulated food courts and hawker centres in the 1960s. 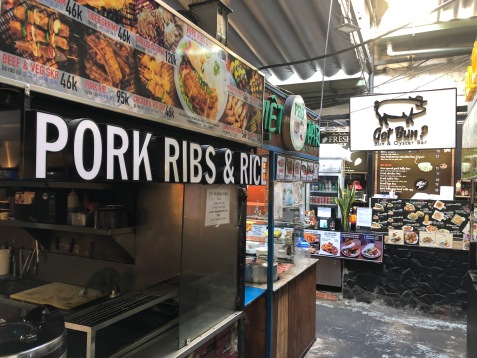 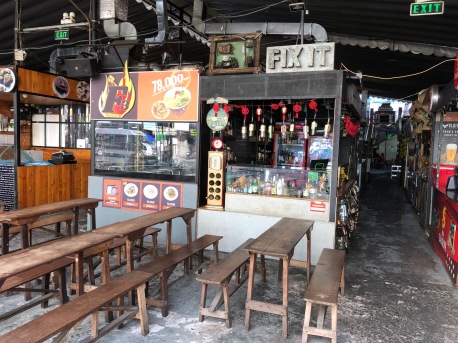 Because this is food with flair, you can expect prices here to be a little higher than what you’d pay at a food cart on the street.

For instance, you can buy a great bánh mi from a street vendor outside the market for around 15,000 Vietnamese Dong (one Australian dollar), whereas you’ll pay twice that inside the market.

But that’s the cost of regulation, which ensures a clean environment, covers wages and also provides for live entertainment. 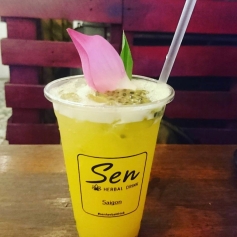 The market does not mirror the serendipity of Vietnam’s street life. But you can rest assured it’s some of the best fast-casual food you’ll find.

As well as great Asian street food, there are numerous stalls selling popular Italian, Moroccan, Mexican and even American favourites like pizza and burgers. Perhaps you’d rather kick back with a beer, cocktail or smoothie while enjoying the live entertainment.

I’ve noticed that since opening, there’s been huge turnover with many popular stalls vanishing, only to set up elsewhere in the city, like Mr B’s Philly Cheesesteak and Italian Sausages and Herbivora Saigon, a popular plant-based and vegan-friendly offering. 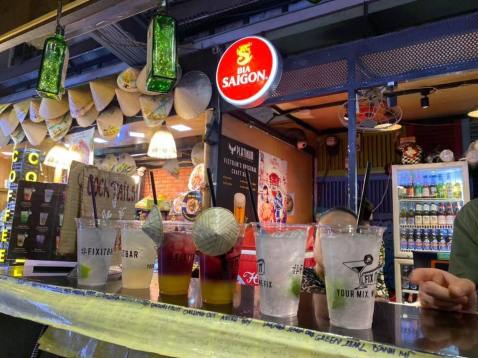 One surviving stalwart is Got Bun (stall 12-16) which continues to serve up steamed bao buns alongside an oyster bar selection that is shipped in daily from Long Son Island, near Vũng Tàu. 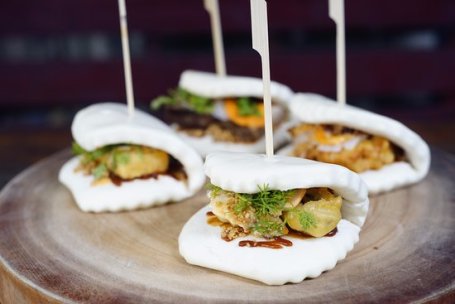 Their five spice pork belly bun (VND60,000) comes cooked in fresh herbs and spices, and served with pickled carrot and daikon. There’s even a fried oyster bun (pictured above).

Bến Thành Street Food Market is open from 10am to midnight, although hours can vary.