Malay coconut rice for breakfast, chilli crab for lunch and sweet, sticky satay sticks for dinner. You could easily visit Singapore’s 100-plus hawker centres every day for a year and still not eat the same thing twice.

Whether you’re after a simple noodle dish or a local favourite like Chicken Rice, there’s an open-air hawker centre for every taste and every budget in Singapore.

In this tiny, multi-racial city, there are sizeable Malay, Chinese, Indian and Eurasian communities, and hawker food represents that diversity.

Not only can you eat like a King, but you can explore the food that ordinary folk enjoy. And make no mistake, everyone eats there, rich and poor alike.

And because this is Singapore, the same scrupulous cleanliness you find in five star restaurants applies equally to hawker centres, which undergo frequent and rigorous government health inspections.

Everyone eats there, rich and poor alike.

The hawker trade in Singapore has a grand vintage, with street vendors plying their wares since the 1800s. But it’s only since the 1960s, when the government decided to bring street food vendors indoors and exercise greater quality control, that they actually took off.

So significant is Singapore’s street food that the government announced earlier this year it was seeking Unesco status for its hawker culture.

These days you’ll find hundreds of hawker centres across the island, dishing up the country’s signature cuisine at bargain prices.

There’s said to be about 114 hawker centres from the city to the suburbs, but here’s just a few of our favourites in central Singapore.

Lau Pa Sat, Hokkein for “Old Market,” was Singapore’s first wet market and dates back more than 150 years to the time of Sir Stamford Raffles, the founder of Singapore. Gazetted as a national monument in 1973, diners tuck into some amazingly good street food beneath a soaring roof, cast-iron archways and fretted eaves.

Located in the heart of the financial district at Raffles Quay, you can get pretty much any dish here, from chicken rice to curries, naan breads and thalis, and noodles stir-fried with belacan, a Malaysian shrimp paste. 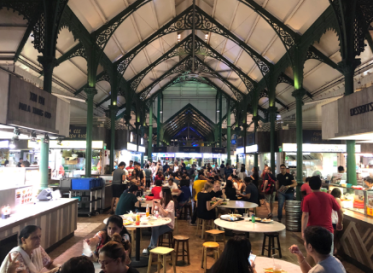 Each night a small section of Boon Tat Street in the business district, right outside the Lau Pa Sat hawker centre, is closed to traffic to make way for a series of stands selling a variety of tantalising skewered meats.

On these smoke-filled streets between the skyscrapers, hawkers fire up their barbecues and cook every satay stick imaginable, including beef, mutton, chicken and prawn.

For a dozen of the best satay sticks you’ll ever eat, you’ll pay around $S10-$S15, all washed down with a frosty Tiger beer. See our earlier blog on Satay Street. 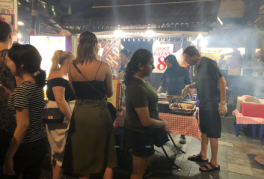 Chinatown Food Street is a covered alfresco dining space that takes up half of Smith Street in the heart of Chinatown. The alley is flanked by two rows of shophouses that are two storeys high.

It’s similar to a large food court, with each stall offering a head-spinning array of options from 11am to 11pm daily. Barbecue chicken wings, prawn fritter, pork noodle, satay, laksa, roast duck, fried oysters and, if you’re feeling brave, fresh frog porridge are all on the menu.

Thankfully, the wait is not so long these days. 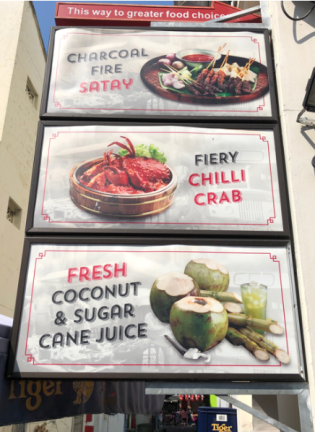 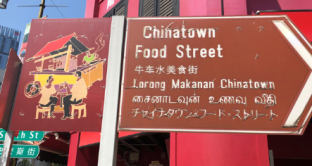 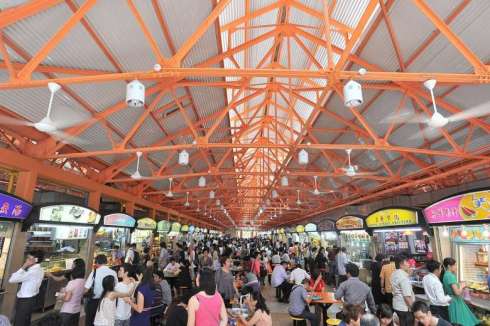 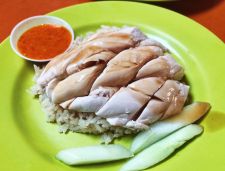 For a tourist in Singapore, Chinatown’s Maxwell Food Centre is like tumbling into a culinary wonderland. It is one of the city’s most popular hawker centres, and also one of its oldest.

A former wet market built in the 1950s, this high-ceilinged structure hovers at the edge of Chinatown and is home to more than 100 stalls.

The most raved about stall is the long-running Tian Tian Hainanese Chicken Rice (stall 10), a favourite of the late TV host and author Anthony Bourdain.

Other options for curious diners include fried sweet potato dumplings, Fuzhou oyster cakes and rice porridge. Despite the often long lunch lines and erratic hours, there are few places in the world where you can sample so many adventurous dishes in one fell swoop.

A visit to Singapore is not complete without a trip to the Tekka Centre, a vibrant, bustling market in Little India with an emphasis on Malay, Chinese and Indian food.

From fish and chips to Nasi Briyani, Dosa to Mee Siam (Siamese noodle made of vermicelli rice), Tekka draws a sizeable crowd from the moment it opens.

Tekka also has a wet market and a fresh produce market with an incredible array on offer. Most visitors  may pass by without a glance, but this is where you’ll find some of Singapore’s most unusual, varied and reasonably-priced produce and spices.

Nestled between the butchers and vegetable sellers I found a store selling a dazzling assortment of Indian spices and condiments. Where else can you find a bag of curry powder weighing about 200g for just $1? 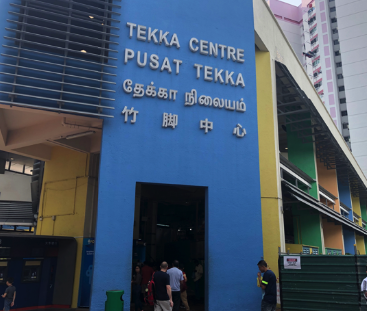 Newton Circus, nestled between the Orchard Road end of the tourist trail and not far from Little India, is popular with Japanese and other visitors, and consequently more expensive.

But it’s still heaving at both lunch and dinner, with hungry locals chowing down on plates of chilli crab, chicken satay and carrot cake (the name of a popular savoury radish dish that’s fried).

Hup Kee Fried Oyster Omelette, a hawker legend from the 1960s Glutton Square on Orchard Rd, does one of Singapore’s best oyster omelettes, while the black version of its carrot cake is also raved about.